Josep Borrell, the European Union’s top diplomat, will pay a two-day visit to Turkey on July 6 and 7 to discuss a wide range of issues, including the overall Ankara-Brussels relationship, the ongoing eastern Mediterranean crisis as well as efforts to renew the March 2016 migrant deal.

The EU’s foreign and security policy high representative will hold talks with Turkish Foreign Minister Mevlüt Çavuşoğlu and other senior officials from the government on July 6. Çavuşoğlu and Borrell will meet over a working lunch and deliver a joint press conference. The EU’s top diplomat will later meet Defense Minister Hulusi Akar.

“The said proposal is far from being serious made by the same EU which always ignores the existence of the Turkish Cypriots and has never referred to their equal rights over the natural resources of the Island in any of its statements,” read a statement issued last week.

Borrell’s not visiting the Turkish Cypriot President Mustafa Akıncı during his visit to the island was also noteworthy. The EU diplomat phoned Akıncı later and expressed his regret.

EU regards Turkey’s activities in the eastern Mediterranean as illegal although it has no jurisdiction on the matter. Turkey slams the EU for “being taken hostage” by Greece and Greek Cyprus and for ignoring the presence and rights of the Turkish Cypriots on the island.

Another top issue to be discussed will be the future of the migrant deal between the two parties on March 18, 2016. Turkey says the number of migrants it hosts has been doubled since the deal and there is a need for a complete review of the deal.

Borrell and Çavuşoğlu had started the talks in March after President Recep Tayyip Erdoğan’s visit to Brussels but not much progress could be made due to the COVID-19 pandemic.

The developments in Syria and Libya will also be on the agenda of Borrell as he will also speak with Akar, who has just returned from a visit to Libya.

EU’s loss will be 10 times more than Turkey’s

The Turkish side will also raise a recent move by the European Commission that excluded Turkey from a list of safe travel countries amid the coronavirus pandemic.

In a statement on July 4, President Recep Tayyip Erdoğan said this move by the EU was reflecting its unhappiness with the “rise of Turkey in the region.” 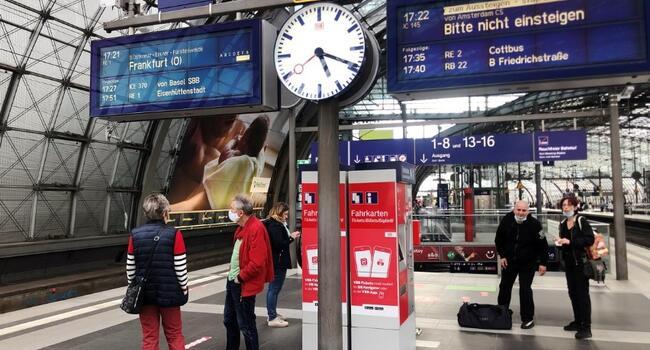 “But whatever they do, they will never be able to stop Turkey’s accomplishment of its objectives in the economy and democracy. If we lose one, their loss will be five or 10,” he stated.

Erdoğan singled out the United Kingdom as one of the countries pursuing a principled stance on the travel regulations, stressing, “By exempting Turkey from quarantine, they have created a climate in which both countries will win. In this regard, I thank [Prime Minister] Mr. Boris Johnson, especially on my nation’s behalf. I hope that other countries, Europe in particular, will adopt the same approach as soon as possible.”